Explore the wild side of Pula

For the inhabitants of Pula, the “wild” parts of the city are very well known and for every visitor of Pula they quickly become known too. Especially the Seagull’s rocks, if you’re looking for a beautiful place to spend your day on the beach. And where the Seagull’s rocks end, there, separated with an old wall and partially knocked down fences, starts the secret Muzil peninsula. These mystical places hide marvelous secrets…

Where is the location of the beach?

After you pass Stoja and Valovine bay, head uphill into the forest and search for the old, overtaken by nature, fort Ovine. On the opposite side from the direction you arrived, next to the fort, a staircase will take you down to the gorgeous Seagull’s rocks pebble beach, and behind it, the rocks themselves. First that you’ll see is the turquoise colour of the perfectly clear sea in the cove and the small lagoon surrounded by cliffs on the left side of the beach.

If you continue to the right side, soon you’ll reach the famous cliff jumping spot, and the end of the rocks. The secret those cliffs hide is the amazing sea cave that has the same name, Seagull’s rocks cave, although many people also refer to it as the Blue cave. The second name is thanks to the stunning colours that the sunshine creates at the entrance of the cave. 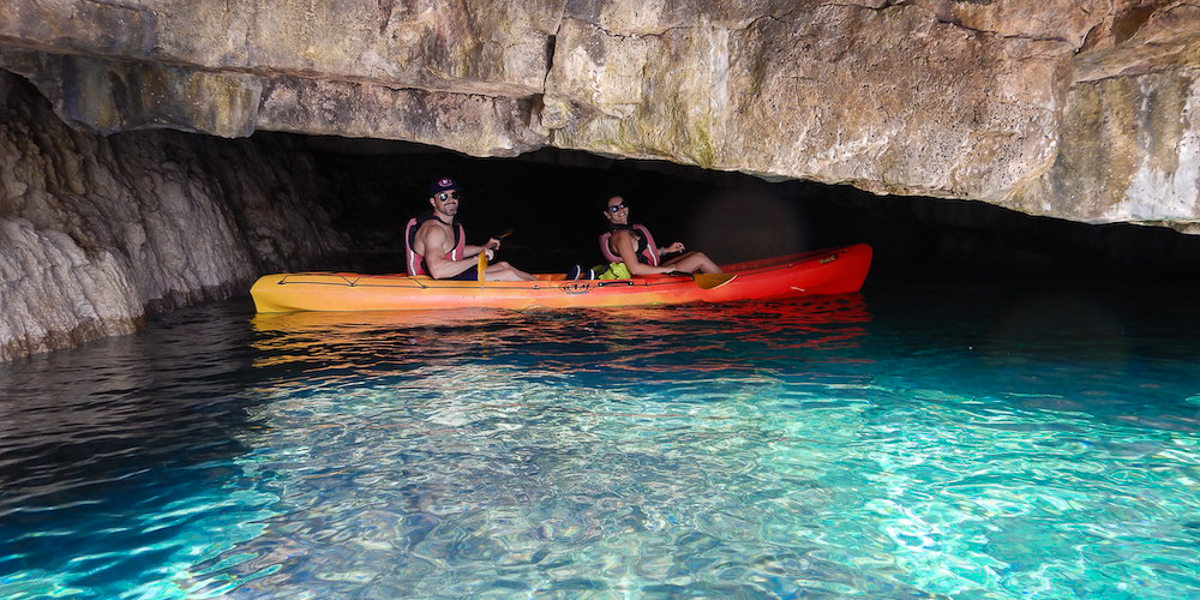 There is still much debate between the locals about the name of the rocks/beach. The everlasting question is: are they the Seagull’s rocks or the Pigeon’s rocks? If you ask the oldest inhabitants of Pula, and the curator of the natural museum in Zagreb, they’ll tell you that the accurate name of the cave is Grotta di Colomba, which in Italian language means Pigeon’s cave. So, if the cave is Pidgeon’s, we assume the rocks should be too.

Anyway, the younger population calls them Seagull’s rocks. The confusion started due to Croatian name. The word “galeb” means “seagull”, but “golub” means “pidgeon”. Due to the similarity of the words, it’s easy to get mixed up. Regardless of the name, on that place you might find few seagulls and see some pigeons, but you’ll definitely find beauty.

The secrets of Muzil peninsula

At the place where the Seagull’s rocks end, the ex military zone Muzil starts. This vast, 180 ha large peninsula, was completely closed for public for more than 150 years. It was finally demilitarized in 2007, but still not completely open for the public, as the military personel is guarding the gates. The old rusty fence has been knocked down in several places so you can enter through those openings. But, there are no marked paths from the wall onwards, just small forest trails made by eager explorers. 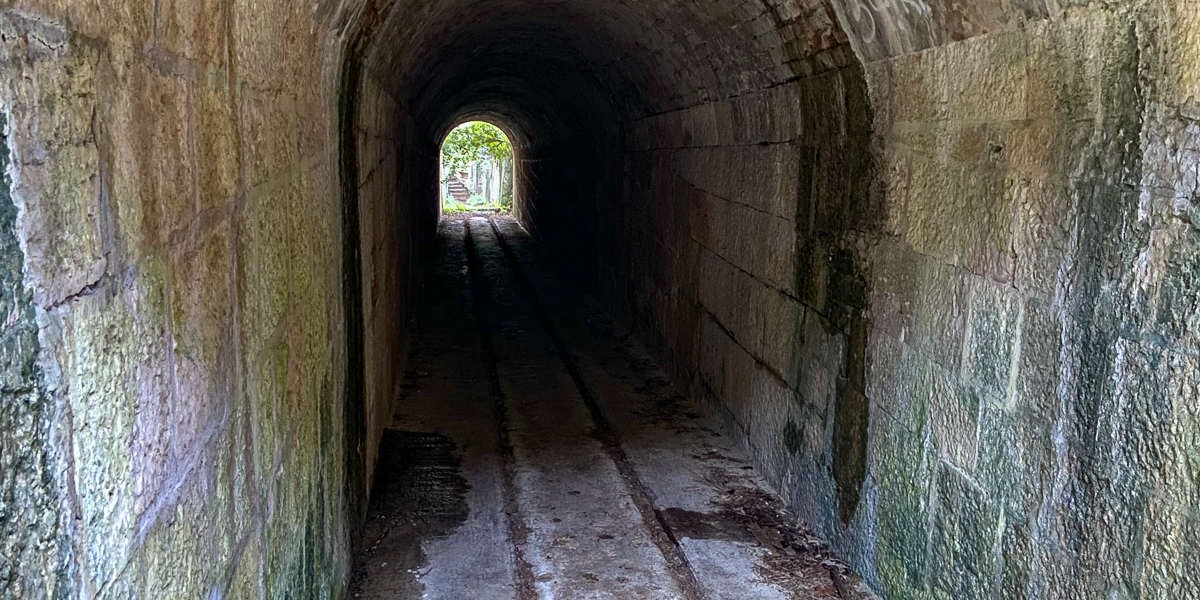 Muzil peninsula, with amazing cliffs, hidden canyon, beaches and the open sea on one side, gives you many opportunities for an adventure from the sea. We suggest using kayak or a stand-up paddle board because you can get very close to the coastline and explore every cave, crack and cliff along the way!

The harbour breakwater peer at the very point and the harbour in the centre of the city of Pula on the other side, also hide many secrets and surprises. The most intriguing of them all may be the Marie Luise circular fortress, built in 1820. Or maybe the whole network of underground tunnels? There’s also the so-called “valley of tears” where the young soldiers in training were forced to run up and down the hill with full battle equipment. 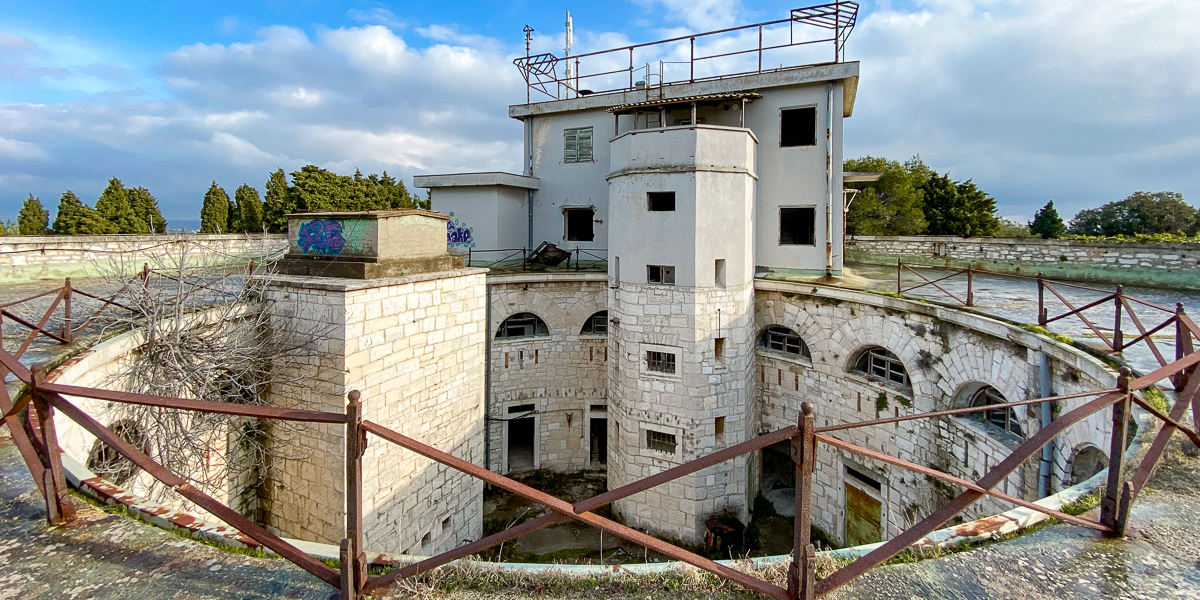 If you’d like to explore the “wild” side of Pula, we can help! You may join one of our adventures or send a request for a private tour here.

Have a great day!

What is Tandem SUP? Previous Article What is Coasteering? Next Article